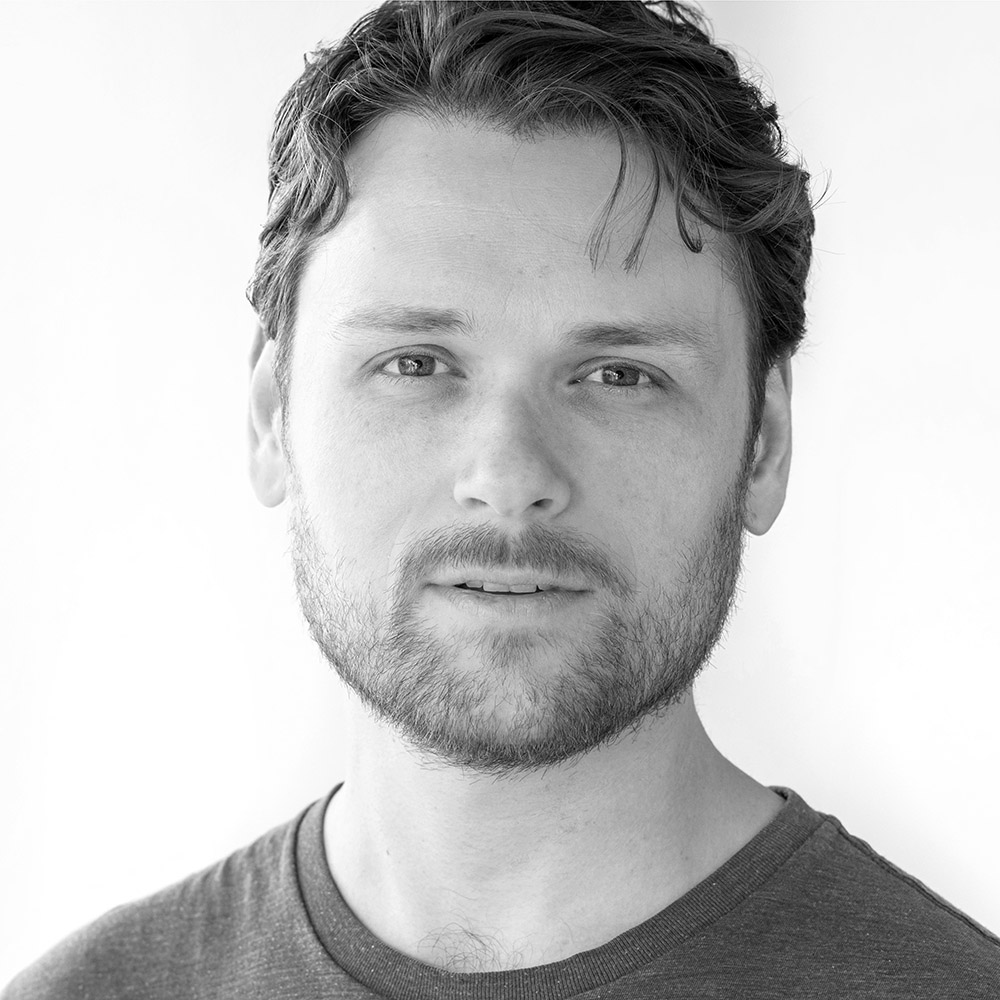 Ryan Eick (pronounced “ike”) is our WordPress Lead, joining our design team on the layout end of things; he also helps with updating web content, managing WordPress sites, and troubleshooting plugins. A visual artist and musician with a BFA in Painting & Drawing from UW Milwaukee, Ryan brings a background working in design, marketing, and industrial printing, and a work ethic honed through his years in the food service industry, to his position at Dirigible. Read on to learn more about Ryan, and why we’ve been so excited to have him working on our team.

Riffing his way into this airship’s heart

Ryan found his way to Dirigible Studio through music—he writes and performs in several bands alongside Dirigible partner and lead developer, Sam. Their primary band, The Lately, was founded in 2009 or 10. “Sam and I grew up together and picked up guitar around the same time, and have been writing and playing in bands together ever since,” Ryan says. Their first band, The Lately is more of a proper rock band, while their pandemic side project, called Hang Ten, is a psych-rock studio supergroup formed with local piano maestro Alex Drossart and boy howdy himself, Ryley Crowe.

The pandemic also opened up the need at Dirigible for us to grow our team—due to the increased demand for e-commerce sites. So when Kindra, Dirigible’s managing partner and creative director, expressed the need for a WordPress Lead last fall, Sam immediately thought of Ryan. “We were looking for someone who was meticulous, persistent at solving problems, and had a great eye,” says Kindra. “I asked Sam if he knew anyone who fit the bill, and he suggested Ryan.”

“I just thought he was a really smart guy who did a great job on everything I’ve ever seen him do,” Sam says. “He’s also one of the most thorough people I know—Ryan has always had high expectations on all his projects.”

From Ryan’s perspective, it was a great chance to riff off of his existing work experiences and creative talent, and step a little further into the world of web design. “I love learning,” he says. “And it was a perfect opportunity to learn some new skills and further develop existing ones—all while collaborating with a small group of great people. I like the fact that there’s opportunity for growth, and to incorporate a little more of the design elements, something I didn’t have as much of in my previous job.” 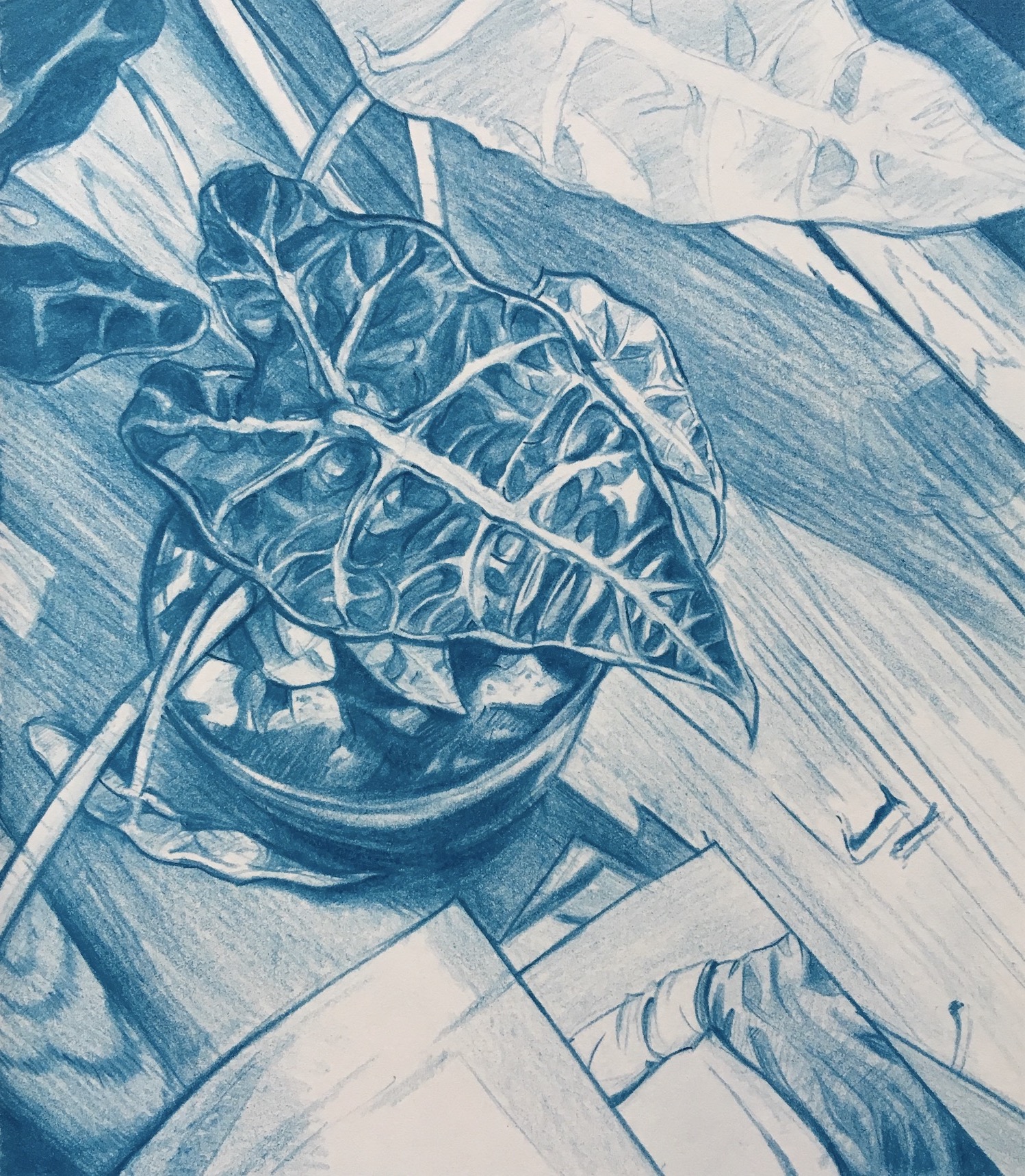 Using up the elementary school paper

Art has always been a central focus for Ryan. As early as elementary school, people around him were acknowledging Ryan’s ability to draw, and that intuitively led him to draw more.

“I was really into comics in elementary school,” Ryan says. “So I’d draw them all the time during recess with a friend of mine.” But the hard knocks of the artist’s life are never very far away, and Ryan soon learned this, too—“we ended up getting reprimanded for using up too much of the classroom’s paper.”

Years later, Ryan now sees himself primarily as a painter and guitarist, though his visual art practice also includes oil paintings, watercolor and ink drawings, illustrations, and photography. He graduated with a BFA in Painting & Drawing at UW Milwaukee, and currently has a studio at The Draw in Appleton, Wisconsin.

I love learning, and it was a perfect opportunity to learn some new skills and further develop existing ones—all while collaborating with a small group of great people.

Growing up and through college, Ryan worked in food service, alongside odd jobs and artwork commissions. “I firmly believe everyone should work in food service at some point,” he says. “It’s hard work and it genuinely contributes to a sense of respect and empathy for others. It also helps in general with social skills,” he says.

Ryan picked up a couple of freelance opportunities right after college, which eventually turned into a full time position with a company called Huzzard Systems, where he has worked for about seven years before joining Dirigible this past winter. Huzzard Systems is a small company, and Ryan was able to work in multiple roles, from designing and producing marketing materials and industrial labels to servicing industrial printers and barcode scanners. He enjoyed being able to work in a lot of different areas and learn a lot of different skills as a result of working at a small company.

Ryan continues to have a strong preference for working on a small creative team, which was a large part of the draw in his decision to work with Dirigible.“Knowing Sam and Jake I knew it would be a small group,” Ryan says, “which I like because it feels like there’s more weight to what everyone does. When you’re interacting with a smaller group of people all the time, you’re developing better relationships.”

Since joining the team, we’ve learned a lot of great trivia about our friend Ryan Eick. We couldn’t possibly share it all here, but we do want to take a moment to acknowledge how collectively thrilled we were to learn that he has a Kevin Costner action figure.

Why do we like Eick? It’s simple, really—he’s a really cool guy with a solid working background, deep artistic commitment, and the same kinds of creativity, quirkiness, and persistence that we value on the rest of our team. He’s excited to further develop his skills and capabilities in the world of WordPress design, and he’s joined our team just in time to help Dirigible Studio grow in some very exciting directions.