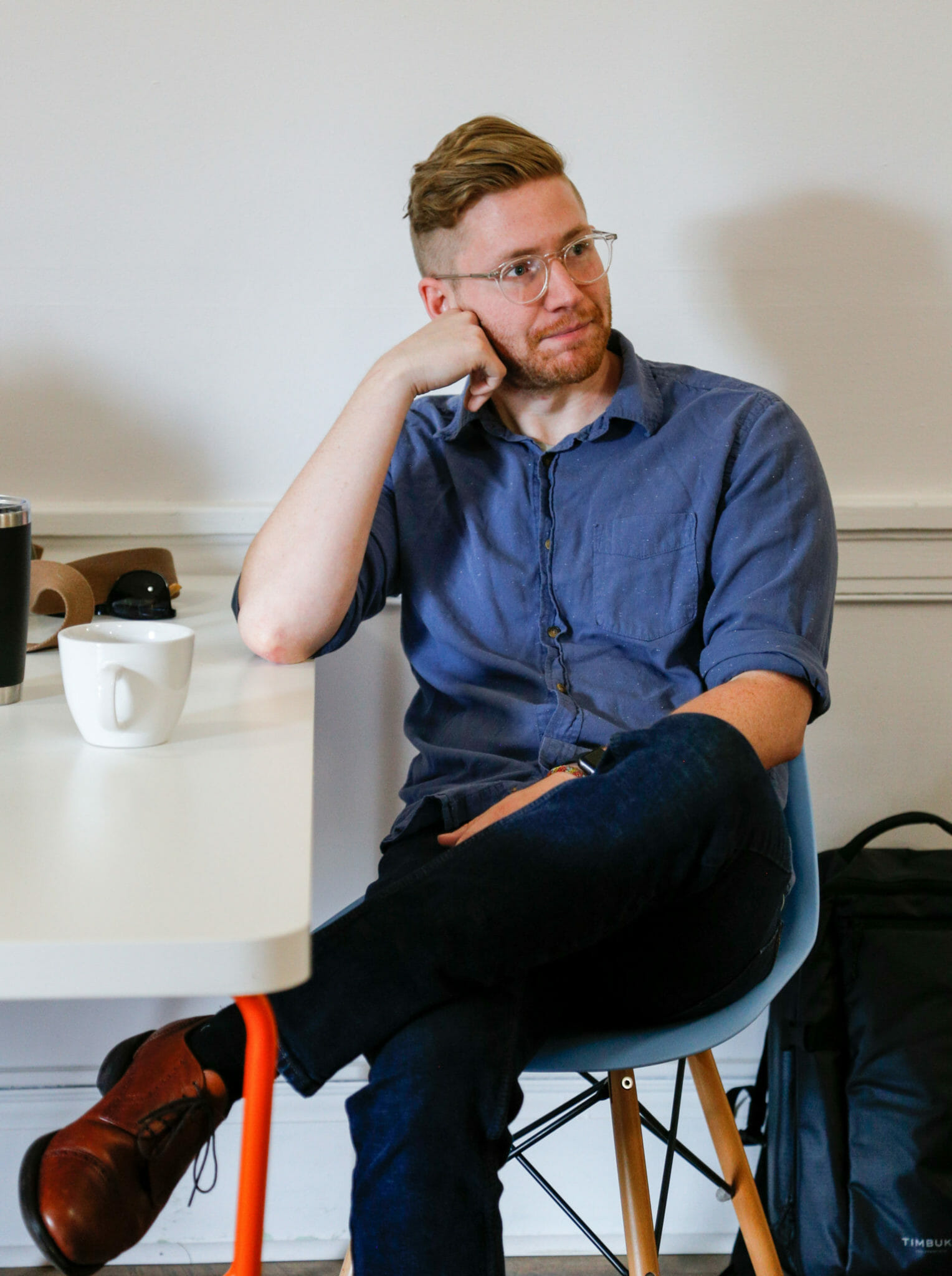 It’s Jake, our web developer’s birthday this week, which also happens to be the fourth anniversary of hiring him to work at Dirigible. So we thought it only fitting to let you get to know him a bit. We recently asked him a few questions—some pretty out there, some pretty standard. And in characteristic Jake fashion, he responded with “there’s no such thing as too many questions.” With that inquisitive and dare we say life-affirming attitude in mind, we present to you, dear reader, our recent Q&A with Jake Casey.

How did you end up working for Dirigible?

I always tell people it’s because Sam was my Dungeon Master in D&D, but I’ve known him a lot longer than that. At some point, I took an interest in web development and software engineering, and I was getting pretty far along building my own apps and sites. I had poured thousands of hours into different web technologies, and I finally felt ready to apply somewhere. I probably could’ve gone somewhere a lot sooner, to be honest. But then Sam said, “You’re going to come work with us.” and I said “Ok.” Then they hired me on my birthday.

I love building things. I like the challenge of putting the pieces together, and figuring out how to make something work—especially when someone tells me it’s not possible.

What, broadly speaking, do you consider yourself to be an expert in?

I consider myself to be really, really good at talking to people and being in social situations. I was a bartender for ten years, after all. I think I’m also better than average at talking to strangers. I believe this is because I’m just oblivious enough to not notice when things are in that initial awkward stage of talking where you’re not quite sure what you should be talking about. Small talking. This sounds like sort of a weird boast, but I think it’s accurate.

I’m also a whiz at Javascript. I can spin a serving tray on all five fingers of my right hand. Oh, and I use VIM (keybinds in VSCode, but I have used just straight VIM before), which is a typical thing for a VIM user to try to shoehorn into any conversation. I’ve been Masters League in Starcraft 2 (this is long ago).

What do you wish you were an expert in?

I wish I were more ‘creative.’ One thinking pattern that can get me in trouble is that I’m an extremely direct thinker. There is a problem, and I will solve it. I have an initial idea of how to solve the problem, and it often involves going directly at it, and it rarely deviates. This results in occasionally missing easier/simpler solutions hidden just below the surface. Luckily I have teammates who can see when I get zeroed in on something and pull me out.

This lack of creativity also applies to the standard definition of ‘creativity’ as well. I’ve played the guitar a little bit, but not in a creative way, in more of a formulaic way. Same with the piano. I’m not an excellent artist, that’s for sure, and I don’t have a particularly great eye for design (though I’m learning that this can be more objective than you think!) I used to write a ton, but haven’t done so in years.

So… are you saying you’re not very creative?

I am about as creative as a stone. Not the pretty kind. The regular kind.

Tell us something about your life experiences outside of work.

A long time ago, I quit my job, sold everything, and moved to South East Asia for around a year. I bought a motorbike and drove down the AH1 in Vietnam—that’s the highway that runs along the coast. I eventually ran out of money in Hue, where I got a job at a hostel. My official job title (it said it on my badge) was “Party Priest.” My brief was to make sure that the people in the hostel had as much fun as possible. A hurricane hit, but it was ok. And then I came home! The end! (or is it?) 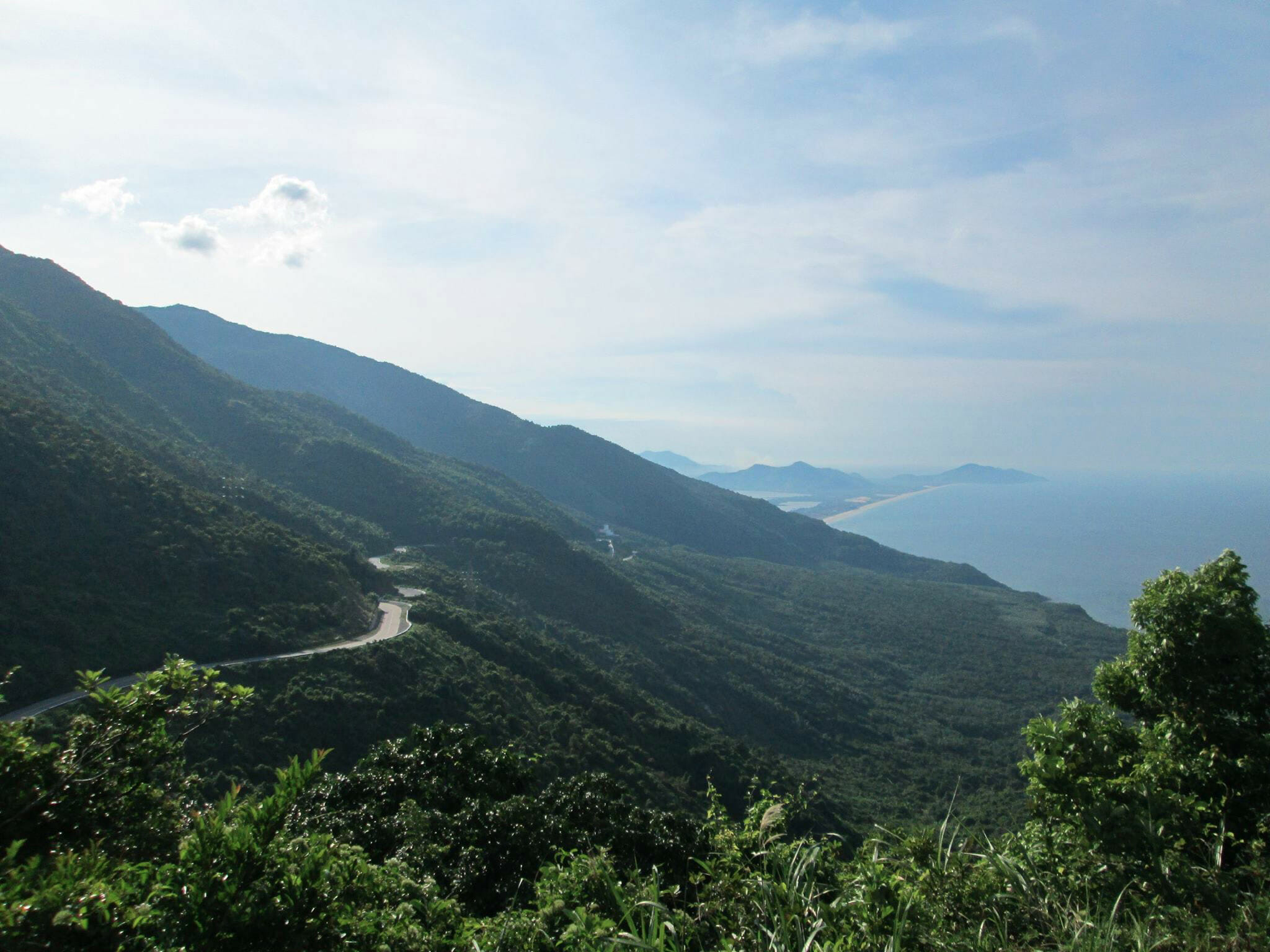 Sam and I discuss this a lot, but I believe the internet is moving faster and faster towards a ‘dumb terminal’ setup. Apple is already moving towards this by the essential merger of MacOS and iOS. Eventually, internet access will but so ubiquitous (starlink anyone?) and fast that processing power won’t be needed on one end of the transaction—the client end.

When people talk about ‘the cloud’ this is sort of what they’re talking about—but I think it’s going to go further. You’ll no longer have any discernible difference between, say, your tablet computer or your desktop computer. It’ll seamlessly access both files, keep everything perfectly in sync. The form factor of your mobile devices will shrink rapidly because you’re essentially just displaying an image. Any computing or processing will be done on the internet, in some massive server room, where you can pool resources and keep costs down.

What do you see as your contributions to the culture/creativity/community at Dirigible?

I probably derail too many meetings (sorry Kindra). I suppose I just like my teammates so I want to talk to them! I would hope that I can contribute a little fun and laughter. And I guess write some code, too.

What makes you excited about the direction Dirigible is headed?

From a business, perspective Dirigible is poised to make some pretty radical changes to how you build websites with WordPress, both from a user perspective and from an agency perspective. From a culture perspective, I like what I do and I like the people I work with. Not everyone can say that.

How to Set Up Events in Google Analytics 4